Microplastics found in more than 90% of bottled water, study says 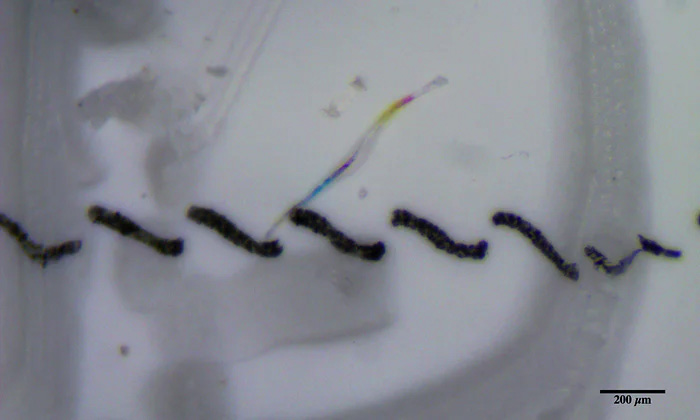 A new analysis of some of the world’s most popular bottled water brands says more than 90% contain tiny pieces of plastic.

Analysis of 259 bottles from 19 locations in nine countries across 11 different brands found an average of 325 plastic particles for every litre of water being sold.

Concentrations were as high as 10,000 plastic pieces for every litre of water. Of the 259 bottles tested, only 17 were free of plastics, according to the study.

Scientists based at the State University of New York in Fredonia were commissioned by journalism project Orb Media to analyse the bottled water.

The scientists wrote they had “found roughly twice as many plastic particles within bottled water” compared with their previous study of tap water, reported by the Guardian.

According to the new study, the most common type of plastic fragment found was polypropylene – the same type of plastic used to make bottle caps. The bottles analysed were bought in the US, China, Brazil, India, Indonesia, Mexico, Lebanon, Kenya and Thailand.

Scientists used Nile red dye to fluoresce particles in the water – the dye tends to stick to the surface of plastics but not most natural materials.

The study has not been published in a journal and has not been through scientific peer review. Dr Andrew Mayes, a University of East Anglia scientist who developed the Nile red technique, told Orb Media he was “satisfied that it has been applied carefully and appropriately, in a way that I would have done it in my lab”.

Abigail Barrows, who carried out the research for Story of Stuff in her laboratory in Maine, said there were several possible routes for the plastics to be entering the bottles.

“Plastic microfibers are easily airborne. Clearly that’s occurring not just outside but inside factories. It could come in from fans or the clothing being worn,” she said.

Stiv Wilson, campaign coordinator at Story of Stuff, said finding plastic contamination in bottled water was problematic “because people are paying a premium for these products”.

Jacqueline Savitz, of campaign group Oceana, said: “We know plastics are building up in marine animals and this means we too are being exposed, some of us every day. Between the microplastics in water, the toxic chemicals in plastics and the end-of-life exposure to marine animals, it’s a triple whammy.”

Nestlé criticised the methodology of the Orb Media study, claiming in a statement to CBC that the technique using Nile red dye could “generate false positives”.

Coca-Cola told the BBC it had strict filtration methods, but acknowledged the ubiquity of plastics in the environment meant plastic fibres “may be found at minute levels even in highly treated products”.

A Gerolsteiner spokesperson said the company, too, could not rule out plastics getting into bottled water from airborne sources or from packing processes. The spokesperson said concentrations of plastics in water from their own analyses were lower than those allowed in pharmaceutical products.

Danone claimed the Orb Media study used a methodology that was “unclear”. The American Beverage Association said it “stood by the safety” of its bottled water, adding that the science around microplastics was only just emerging.

The Guardian contacted Nestlé and Boxed Water for comment on the Story of Stuff study, but had not received a response at the time of publication.