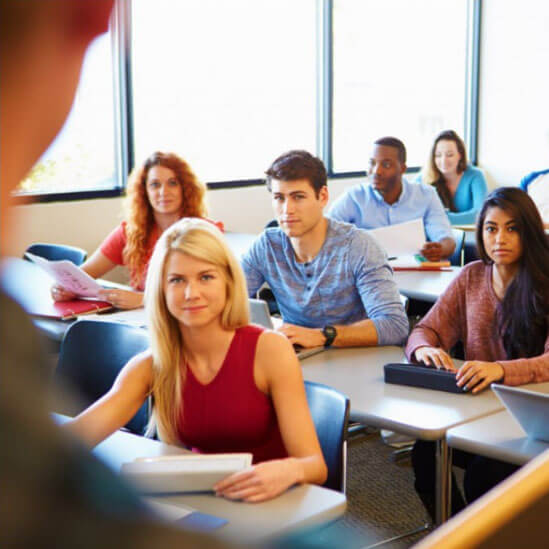 Back in March 2017, I wrote about my best ever day in work. It took me two hours on a plane to write. If I had known how long it would then have taken me to write part two – my worst day – I’d have promised it in April 2020 and not 2017! In truth, I actually wish I’d never promised it at all. If we are honest, none of us like to look back over our perceived failings. However, as I think through my working life, there is a ‘worst day’ which stands out as one I have never forgotten. As uncomfortable as it may be to share, reflecting on this day has offered me an invaluable “lived-learned” experience, which has shaped my practice, both professionally and personally, for which I am grateful.

I was teaching at a large UK university. It was a subject I was comfortable with, and a lecture I had given many times before. I had written the material and knew it so well that I hardly needed to prepare.

In front of me were a class of graduates I’d been working with for almost 18 months. We had a good rapport – they were a likeable class and as a group they had responded well to my teaching style. We were about to complete the last subject in their qualification, which would determine their final classification. That morning, the mood in the room was positive as I gave the same general talk to the group that I had given so many times in the past at this stage of the academic year.

“What classification do you want? If you want a distinction and to produce a piece of work which will set you apart as a rising star in your organisation, I can help you. It will be difficult; it will take a lot of your time and energy; but in the end you’ll have something you can look back on with pride for the rest of your career. Do the work with my guidance and you will get that distinction.”

So far, so good. I had their attention and I knew about a third desperately wanted to be awarded the highest classification.

However, in every group there are those who by the end of the course just want to pass and move on. I’ve always thought it was just as important to put as much time and effort into those learners, as those who are much more engaged. To illustrate that point I made an off the cuff remark that I will always regret.

I looked at a guy we’ll call Kevin. He was dressed in an old tracksuit, his posture and body language were awful and he looked totally disinterested in what I was saying.

“…or if you’re like this guy here and you just can’t be bothered anymore, I’ll help you get over the line and pass.”

The class sniggered and even Kevin smiled and seemed to pay more attention. The rest of the day passed off without incident.

That night the class invited me to meet them before they went out to celebrate the end of their course. I turned up about 10:30PM and it was obvious that the group were in good spirits, in more ways than one..! I bought them a round of drinks and was enjoying their company when Kevin came over to me with a drink. He was the only one of the group to realise that I didn’t drink shots and he brought me a bottle of beer. As he passed me the beer and I thanked him he asked if he could speak with me.

“I’ve really enjoyed these two years, Steve. Thanks for everything.”

My good mood was improving with the beer and the complement so I replied easily,

“Of course, my pleasure, I’ve enjoyed it as much or more than you guys”.

What he said next floored me.

Now I have to admit that I didn’t know his name. I taught up to eighty learners that year for the same client and confess I’ve always been terrible with names.

“Steve, I’ve tried so hard to impress you over the last two years. I’ve sat up late, worked weekends; I’ve missed holidays with my friends to write assignments that I thought would impress you. My dad was a very successful senior manager in this company (my client) and I’ve always wanted to be successful like him, but everyone has written me off. I thought you were different but when you said that to me this morning I thought I’d be better to just kill myself.”

His words hit me like a bullet. Everything he said was true. I apologised immediately but told him we’d chat more in the morning. I then left for a sleepless night of self-reflection.

The next day I apologised again. I explained that I was dyslexic and did struggle with names but it was no excuse for how I’d spoke to him. I’d also checked back over the work he had submitted and it was indeed exceptional. We had a chat about his personal presentation and how he might come across to others. We spoke about how I had perceived him due to how he presented himself and subsequently he said he’d never realised before how he came across. I took time to give him some advice which would hopefully stop others judging him unfairly as I did.

Kevin accepted my apologies and we are still in touch today.

A few days later I sent him a copy of Richard Templar’s amazing book, “The Rules of Work” with the inscription, “To Kevin, who taught me never to judge a book by its cover!” 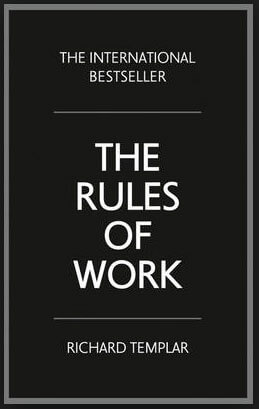 While the scenario had a (relatively) positive conclusion, it remains a day I never want to repeat. However, it is possible to learn as much (if not more) from the bad days as from the good ones, and this is what I took away from mine:

– Be careful what you say to people. Your throwaway words often have a much greater impact than you would ever think. With that in mind, try to tell your students, staff, friends and others you come across during the day something that will build them up and encourage them; not something that will bring them down.

– Never judge someone by their appearance or body language. There may be a reason for how they present themselves, which you might not understand – but it does not reflect who they actually are.

– On the flip side of the last point, remember you are always being judged. You can’t stop people judging you, but with some self-awareness you can try and make sure most of those judgements are positive.

– Get to know names! People like to hear their names being spoken back to them. It shows you value someone enough to learn one of the fundamental basics of their identity.

As difficult as it was for me to write this piece, it has been an important event for me to reflect on, and one which I will choose to remember rather than try to forget. Furthermore if my honest account can make one person stop and think before they speak to someone like I did to “Kevin”, it will have been well worth the struggle!

“While you judge me by my outward appearance I am silently doing the same to you, even though there’s a ninety-percent chance that in both cases our assumptions are wrong.”
Richelle E. Goodrich, Smile Anyway